A downloadable game for Windows

Made with experimental UE4.20.3 build, courtesy of NVidia Flex technology (updated by dedicated fans), COULD BE VERY INTENSIVE ON MACHINES WEAKER THAN GTX 1660ti!

⦁ Stomp (Jump/Go Airborne > Tap HUNCH: Does not work the other way around)

⦁ Hover (Jump/Go Airborne > Hold SPRAY: Does not work the other way around, Hold MOVE while holding SPRAY to apply nozzle control in mid-air)

WALKTHROUGH (Note, the exe is still named after the working title, "Water Everywhere"):

1) Fire water at the circular 'targets' on either side of the castle entrance to lower the drawbridge
2) Walk all the way across the 'courtyard' and jump on the grey block elevator in the far right-hand corner (there is another target underneath the 'diving board' near the entrance, but you are unable to access this until you return later)
3) Ascend to the higher battlements and complete the platforming challenges in the left and right most corridors to open the large two door passage
(at the end of each platforming challenge is another circular target. Fire at it to drain the water on the ground so it flows into the courtyard below)
4) In the large halls, you will need to fire water at pillars so they are pushed inwards to reveal paths
5) Ascend the stairway to enter a grand hall with a chamber up top that must be accessed by SOARING, but not before pushing the pillars to create space
6) Enter the chamber and fall into the sewer below. Jump over the gate on the far end to open it and release the water, sending you back into the now flooded courtyard
7) You should now have enough ground to fire at the previously inaccessible target from before which will release the 'plug' and send you and all the water down the drain, whereupon the game will auto-quit.

Works on 64-bit Windows machines. Unzip the file after downloading and double-click "WaterEverywhere" to start the application. Fullscreen only. 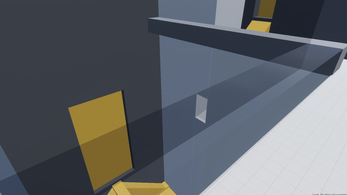 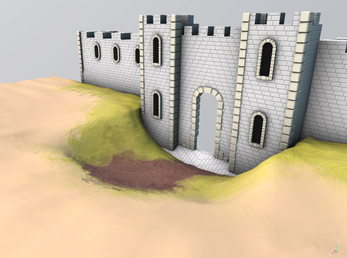 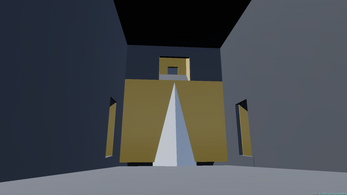 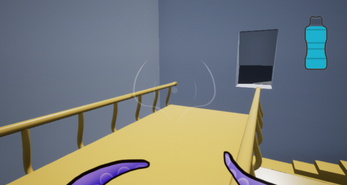